Pictures Of North Kyiv Of Ukraine After Russian Troops Retreated

The Russian retreat last week has left behind clues of the battle waged to keep a grip on Borodianka, just 50km (30 miles) northwest of the Ukrainian capital, Kyiv. 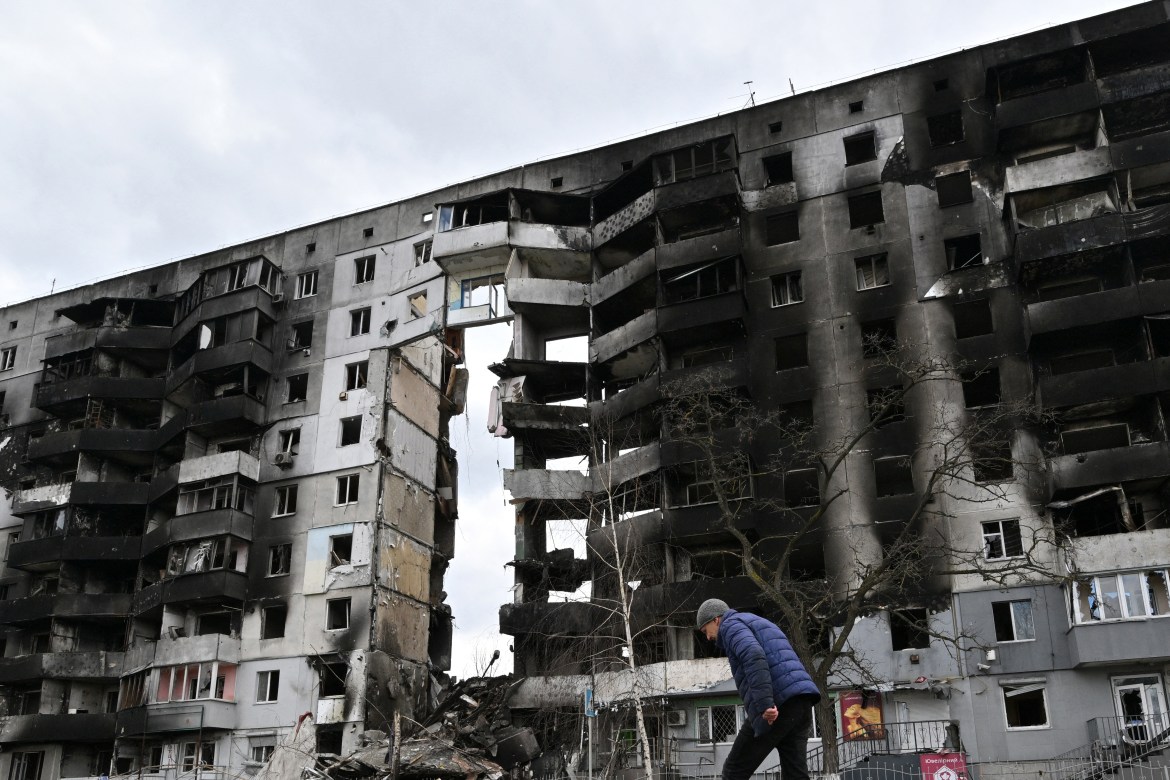 A man walks past destroyed buildings in the town of Borodianka. [Sergei Supinsky/AFP] 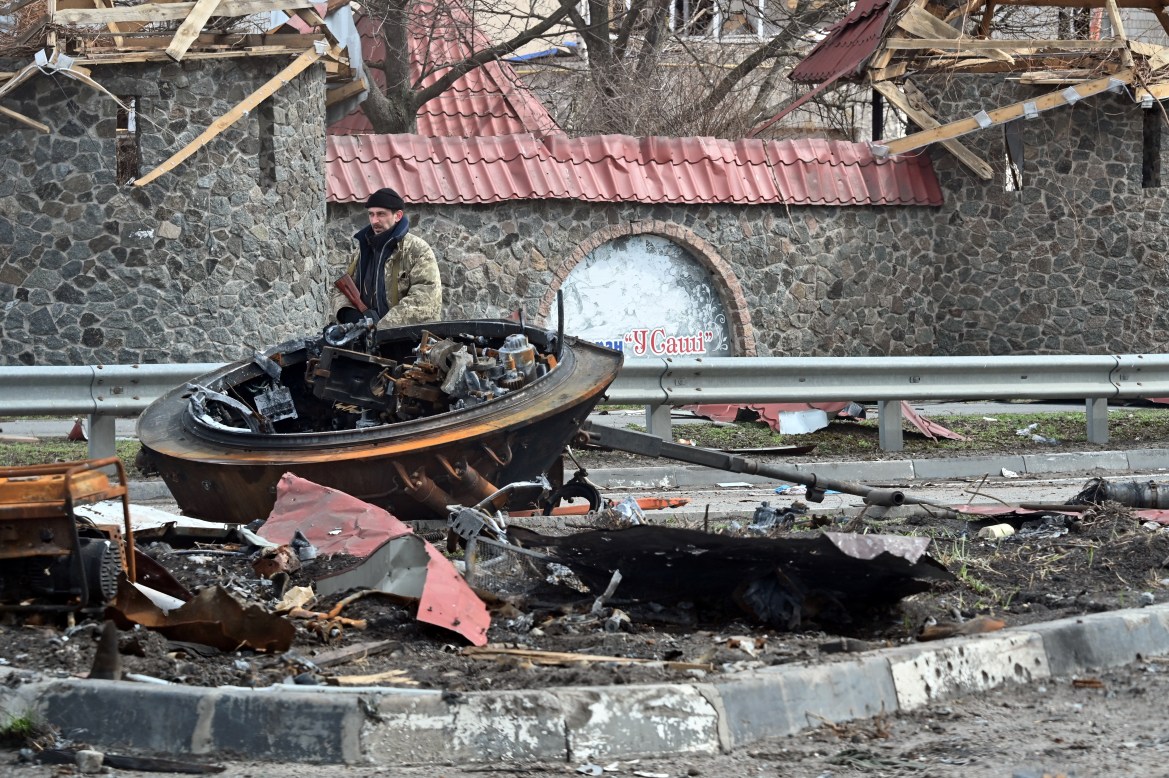 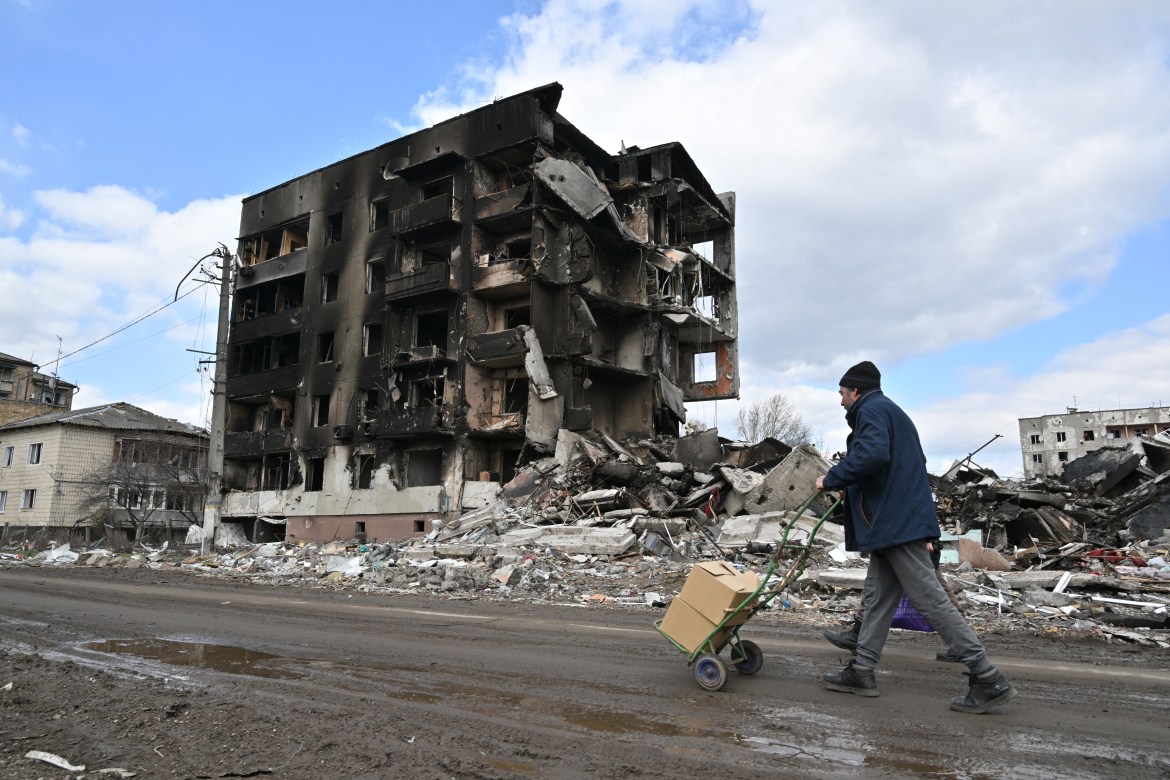 The modest town has been turned inside out. The buildings are flayed open, spilling clothing into the treetops.

A trip along the long straight road through Borodianka is a procession of the grimly absurd.

An apartment block is hollowed by a blast, a charred mattress hangs out in the open sky. A burned-out tank is parked in the guts of a savaged building. Children’s toys are strewn everywhere in the street, too many to count. 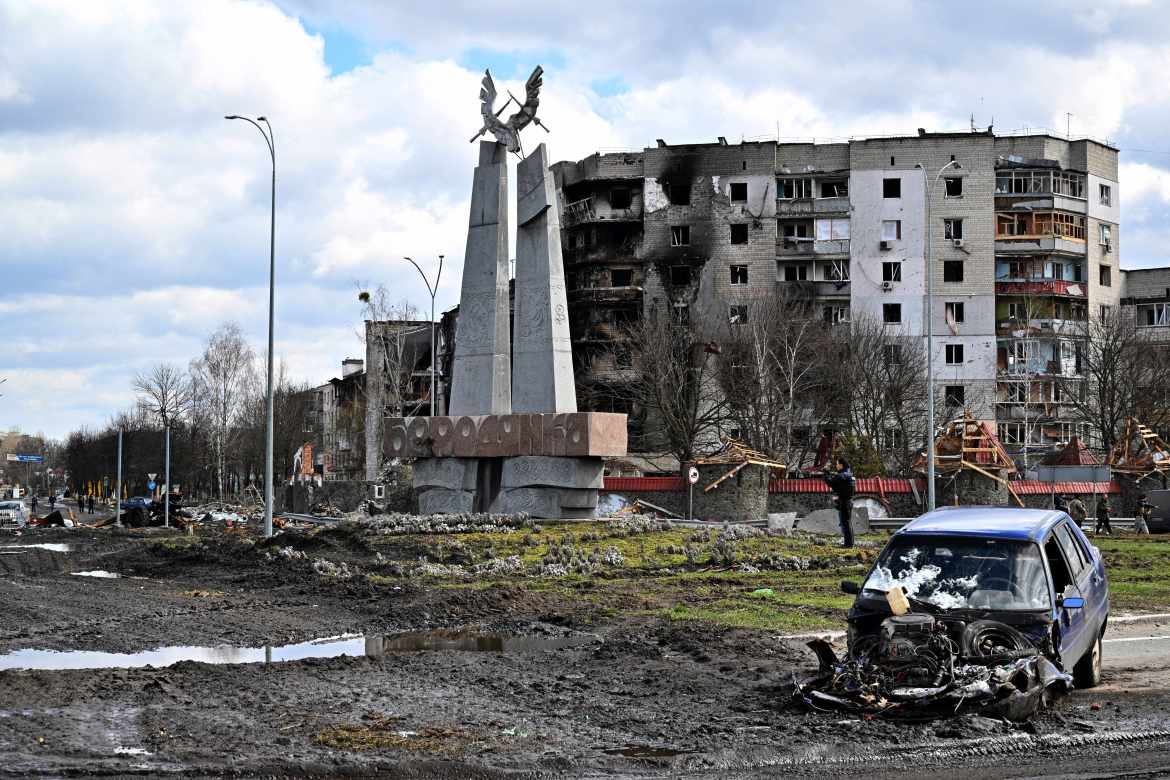 The wreckage of a car in Borodianka’s central square. [Sergei Supinsky/AFP 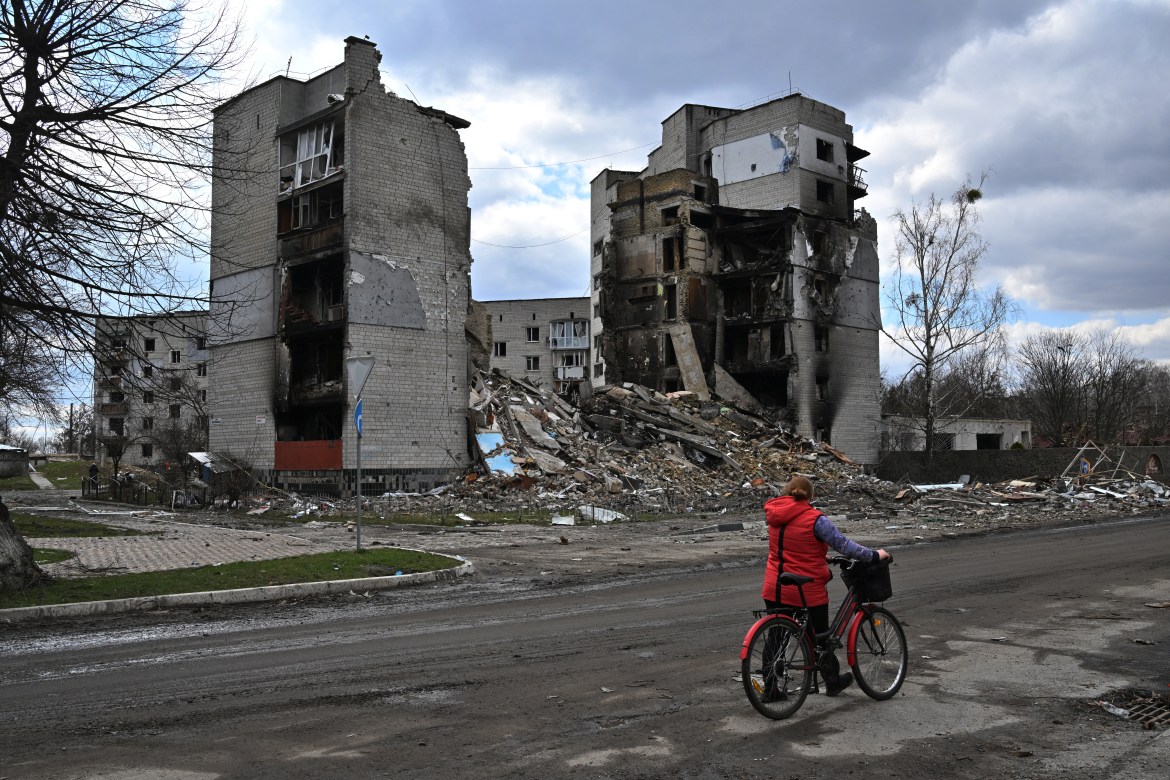 A woman walks past destroyed buildings in Borodianka. [Sergei Supinsky/AFP] 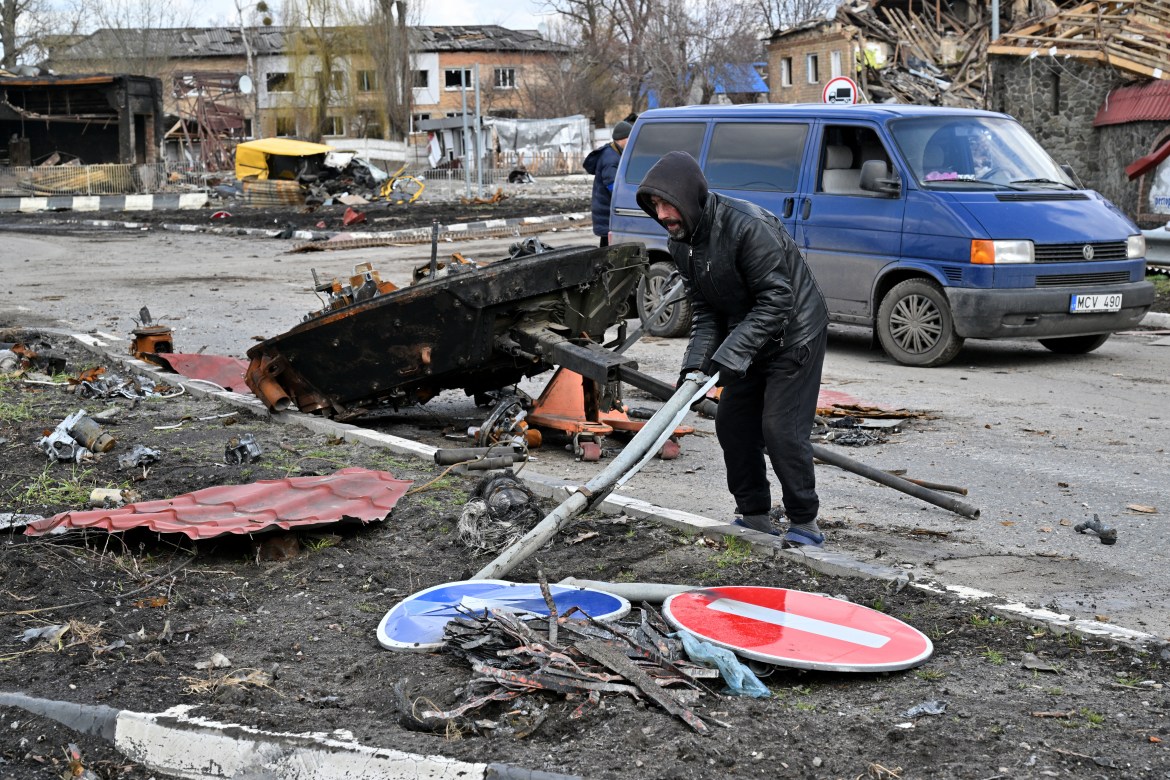 “I know five civilians were killed,” said 58-year-old Rafik Azimov. “But we don’t know how many more are left in the basements of the ruined buildings after the bombardments.”

Though the human cost in Borodianka is not yet fully apparent, the devastation is more complete. 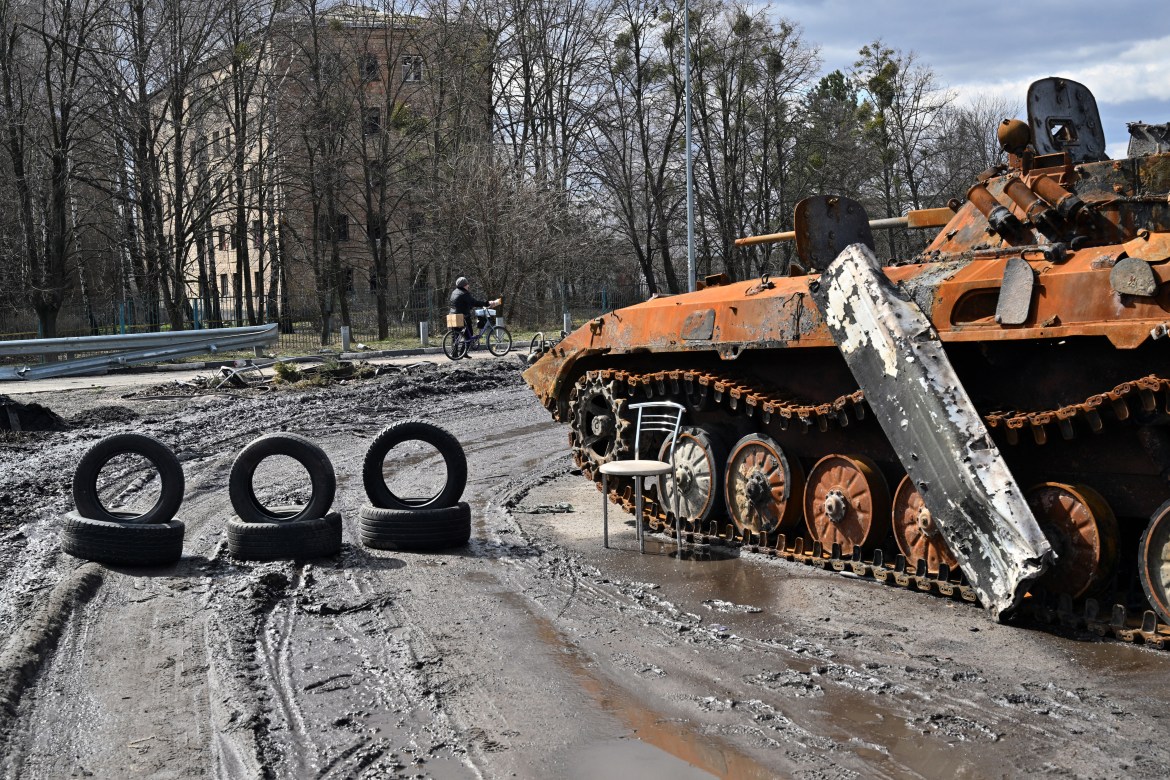 In Areas Where Buhari’s Government Did Well, Tinubu Will Continue – Keyamo